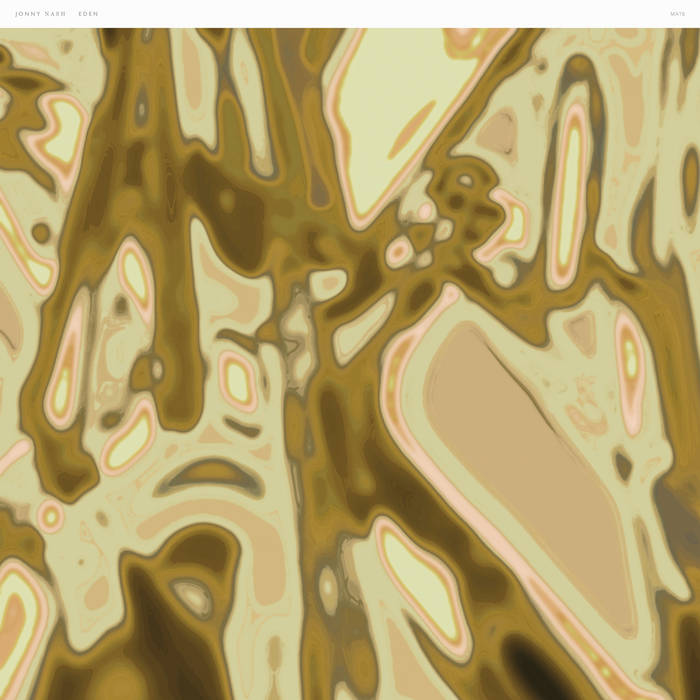 Levi Meditative, complex and delightfully woozy. An incredible fusion of eastern and western influences for border-crossing global citizens. Favorite track: Down In Babakan.

Gio Makyo Brian Eno was quoted recently as saying "the path of least resistance for anyone with a load of sound - making tools is to keep making more sounds. The path of discipline is to say: let's see how few we can get away with."

That's certainly some excellent advice for anyone making ambient music, and "Eden" is an excellent example of that principle being put into practice. Languid, textural phrases on piano and sustained electric guitar are given vast amounts of space in which to breathe, while minimal use of percussion, bass, synthesizer washes and found sound provide additional color and depth.

Johnny Nash's music largely bypasses the BPM and loop-based techniques of so much ambient music since the 90s, in favor of returning to the more relaxed, loose, breathe and release vibe of first-wave ambient artists. The Budd/Guthrie influences from his first two albums are still there, but overall "Eden" has more of a fourth world feel to it, recalling the works of John Hassell, O Yuki Conjugate, and Another Fine Day. Favorite track: Lime.

Michael Feihstel Compared to "Exit Strategies" there is a lot more variation and experimentation to be found here. And it works. Similar to Suzanne Kraft's latest album these are very pleasing, calm, soft and subtle ideas that form an exceptional electronic, yet organic sounding ambient album. Favorite track: Police Bribe.

Some 18 months on from the release of his acclaimed Exit Strategies 12”, Jonny Nash returns with Eden, an album recorded in Bali and the United Kingdom throughout 2016. While many of his aural trademarks are present - think glistening guitars, drifting synthesizer chords and subtle piano motifs - Eden feels a little different: humid, dense and decidely "murkier" than previous outings.

Check, for example, the gently pulsing rhythms, layered vocal samples and hazy ambient house era textures of "Maroon Crisp", or the sparkling melodies, chiming percussion and bubbly drum machine matters of "Ding Repair"; both tracks are as beautiful and life-affirming as you'd expect, but feel far more widescreen in vision. Eden is full of these kind of moments. There's the undulating mysticism of "Conversations With Mike", the delay-laden, outer-space ambience of "Down At Babakan", and the crystal clear brilliance of closer "Lime".

Bandcamp Daily  your guide to the world of Bandcamp